Tom Taylor, born Out West to decent white folk, May 15, 1941, and brought up with solid farm principles during the unsettling years of World War II with the expectation that he would become the fourth generation of a homestead farm family, he was taught American values through his Congregational Sunday School classes, the 4-H Club, and Boy Scouts of America. He learned to believe the Great American Dream that “Everything Will Turn Out OK,” but his blood was contrary at birth and as an artist and writer throughout his entire life, his intense explorations of personal conflict and social consciousness proved otherwise. 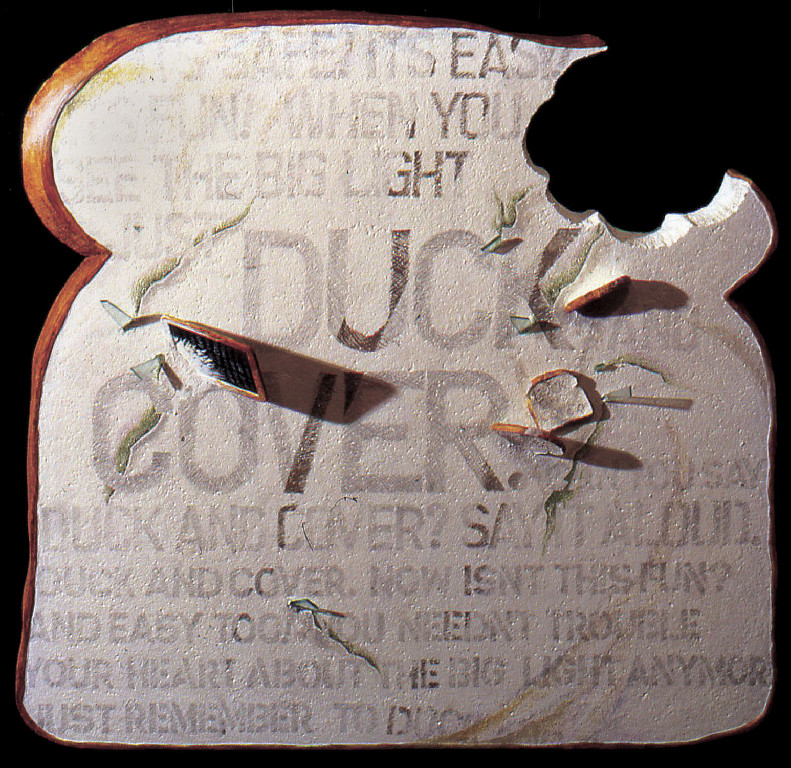 Acrylic and gesso on styrofoam with glass, bread and blackboards, 48″ x 48″ x 3″ 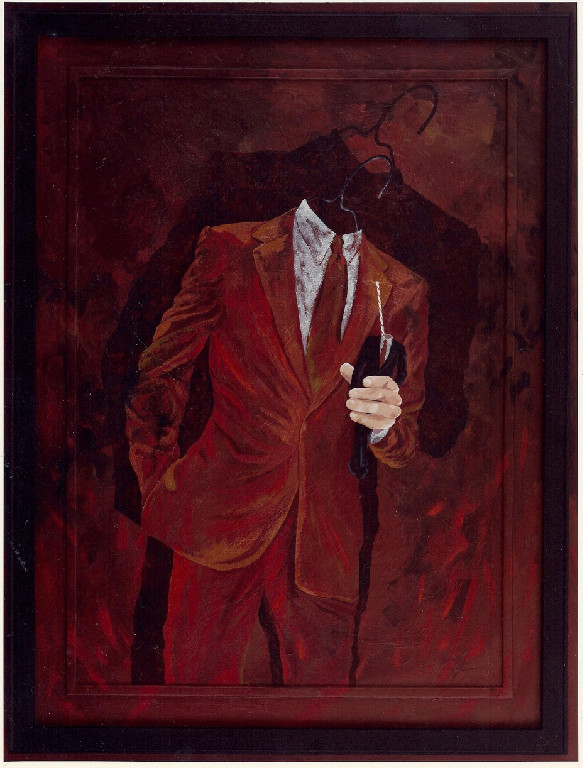 “who gives me life also takes my life”

From day one, Taylor was a maverick, a creative force, gay and genetically predisposed to mental illness. As a farm boy, he earned pocket money painting pictures. Then, as he matured, his visual art evolved through his many intellectual and professional lifestyle changes, eventually leading him to a position of considerable national exposure as a graphic wildlife artist under the name Tom Taylor. International licensing agency Determined Productions represented his work and soon his name became the Tom Taylor brand on dozens of products and the royalties provided sweet comfort to an artist who’d been living month to month. Decades later, his “Tuskers” (below) image from that period, first produced as a poster for The Field Museum of Natural History in Chicago, is recalled by nearly everyone who sees it. It proved to be the most lucrative painting of his career. 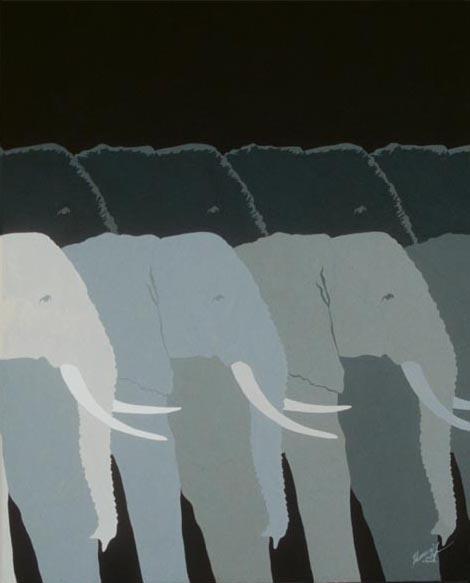 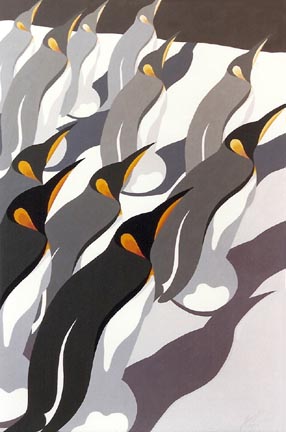 This print is now available from the artist @ spielspeak (at) earthlink.net

In 2011, Spiel briefly returned to the name Tom Taylor to produce a new circular series
of wildlife images (as below). They are available for licensing. Contact the artist at:
spielspeak (at) earthlink.net 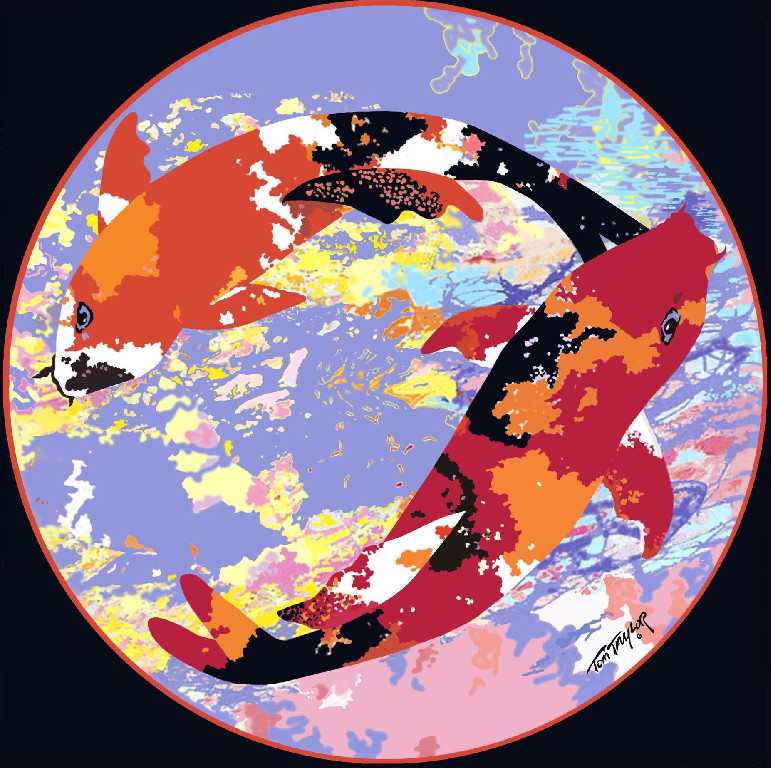 Along with the comfort provided by quarterly royalties, Taylor gained the freedom to produce off-center art for alternative-space galleries in Denver. He created several late 80s and early 90s one-man shows with a socio/political bent, including the white bread theme, and a major body of paintings known as The Expectations Series, derived from his personal experiences in psychotherapy. Though they sold well, it was his wildlife image licensing that consistently provided the bread and butter. 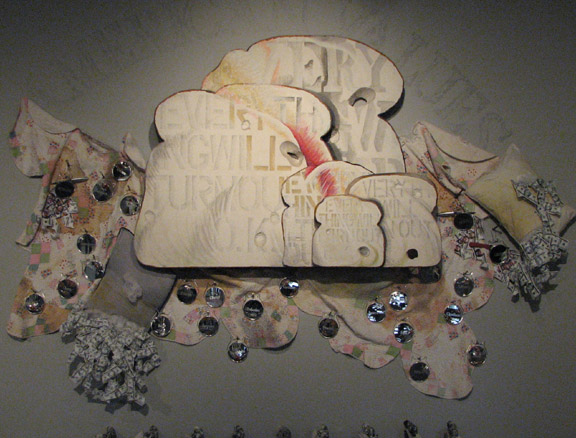 Although this huge floor-to-ceiling installation was presented in 2009 under the name The Poet Spiel, the large white bread element was created in 1989 for a one-man show under the name Tom Taylor. All 48 pieces in the bread exhibit used white bread to represent the hollow values of American culture.

For a broader look at his career, go to www.thepoetspiel.name